As Russia unleashes war on Ukraine, many are asking about a possible Russian cyber-attack. Asharq News interviewed Bryce Webster-Jacobsen, Director of Intelligence Operations at GroupSense, about the Russian Ukraine Conflict and its impact on the cyber nexus.

Note: In the segment linked above, Bryce is being translated.

According to Bryce, GroupSense is actively monitoring the ongoing international tension surrounding a potential Russian incursion on Ukraine. Due to Russia’s historical activity against Ukraine, as well as recent developments, it is highly likely that such an incursion would include significant cyber and influence operations carried out by Russian actors. While the bulk of this activity would likely target Ukraine, it is possible that such operations could impact public and private organizations in the United States and other NATO countries.

The U.S. Cybersecurity and Infrastructure Security Agency (CISA) recently issued a warning over the possible risk of Russian cyberattacks onto the U.S. "The Russian government has used cyber as a key component of their force projection over the last decade, including previously in Ukraine in the 2015 timeframe. The Russian government understands that disabling or destroying critical infrastructure — including power and communications — can augment pressure on a country’s government, military and population, and accelerate their acceding to Russian objectives."

As recently as Wednesday, several Ukrainian government websites were offline as a result of a mass DDoS attack. The attack, which also impacted some banks, began around 4 p.m. local time.

Globally, businesses need to be prepared for potential Russian cyber-attacks by both by state and non-state actors.

According to CISA, if you weren't prepared before now it might be too late. They recommend that corporate leaders and CEOs do the following:

Book a briefing with a member of the GroupSense Executive Team on the cyber nexus of international conflict. Click to book your briefing >

The basis of the content provided by Al Sharq is the news, and the news in the Sharq is the starting point for an integrated story that contains news, analysis, and all opinions and their various dimensions. Al-Sharq attaches great importance to the economic content and its analysis, and is also interested in explaining the economic effects on the social and political conditions in the Arab countries, provided by an exclusive partnership with Bloomberg, the leading global company in the field of international business and financial information and news, in addition to the efforts of 2,700 analysts, financial and economic correspondents affiliated with Bloomberg around the world. 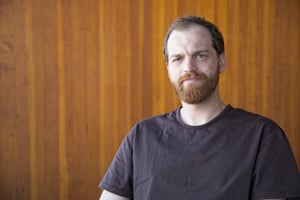 Bryce is the Director of Intelligence Operations at GroupSense, a leading provider in Digital Risk solutions. Bryce leads the day-to-day intelligence activities of GroupSense's Analyst and Research teams producing finished, tailored intelligence for our diverse clients.

Prior to GroupSense, Bryce worked in strategic international education initiatives while pursuing OSINT training and investigations, primarily focused on studying extremist movements, as a passion project.

TV Globo: Hacker attacks double this year in the US