TV Globo: Hacker attacks double this year in the US

TV Globo interviewed GroupSense's CEO and Ransomware Negotiator, Kurtis Minder, about how ransomware attacks have doubled in the US because of the pandemic. Below is a translated transcript of the article. Watch the clip in the article to hear Kurtis talk about the topic.

Note: Article and video clip linked is in Portuguese.

In the United States, hacker attacks doubled in 2021, mainly because of the pandemic.

With the rise of the home office and many more people accessing company and school networks directly from home, almost all systems are less protected. A cyber ransom negotiator warns of the vulnerability of our networks: 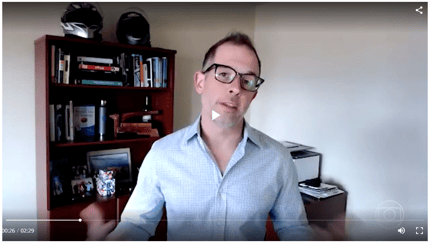 "There are more places for hackers to attack because we are allowing remote access to them."

The attack that has become more common is called ransomware, which is basically a virtual hijacking. Usually the invasion starts in a simple way: one click on a link in an email and that's it. Once inside the system, hackers block access to data and ask for money in return to get out. If the ransom is paid, the hackers explain where the flaw was that allowed them to enter the system.

This is what happened with the Brazilian company JBS in the United States, Canada and Australia. The company admitted to having paid US$ 11 million to the hackers, in order to avoid greater losses.

In May, the states of Florida and South Carolina were left with dry gas pumps and the price of fuel soared. The chaos was created by hackers who hijacked the system of Colonial Pipeline, the largest American fuel carrier.

The wholesale pipeline takes about half of the fuel consumed on the East Coast. The company had to pay more than $4 million in ransom to resume operation. Even the police department of the American capital, Washington, was invaded by hackers. The criminals did not accept the offer and released confidential police data.

The US Treasury has calculated that ransom payments have exceeded $590 million in the first six months of this year alone, and concern about the attacks has reached the White House. President Joe Biden met with more than 30 countries, including Brazil, to increase global cyber cooperation.

“The good news is that this can be avoided. Most of these attacks usually revolve around the use of repeated passwords. And, of course, there's the one that everyone knows are those unexpected links, where people click and shouldn't be clicking”, says an expert.

Kurtis Minder is the CEO and co-founder of GroupSense, a leading provider in Digital Risk solutions. Kurtis built a robust cyber reconnaissance operation protecting some of the largest enterprises and government organizations. Kurtis has been the lead negotiator at GroupSense for ransomware response cases. He has successfully navigated and negotiated some of the largest ransomware, breach, and data extortion cases world-wide. With over 20 years in the information security industry, Kurtis brings a unique blend of technical, sales and executive acumen.

CyberNews: Businesses should understand – it’s not a matter of ‘if’, but ‘when’ they’ll face an attack