The Allies and Enemies of Killnet

Note: This content was updated on June 29 with updates on Killnet's activity in Lithuania.

Impacts of the Russia-Ukraine conflict keep coming, and the Russian military isn’t the only actor fighting to defend their country against adversaries. Nationalist hacking groups are launching geopolitically charged cyber attacks against perceived adversaries, including the hacktivist group called Killnet. Their main focus in the past few weeks are nations providing support to Ukraine.

In March 2022, Killnet launched cyber attacks against the hacktivist group Anonymous, in response to Anonymous’ distributed denial-of-service (DDoS) attacks against Russian government sites, banks, and politicians. Since then, Killnet has claimed hundreds of attacks against entities in countries they perceive as anti-Russia or pro-Ukraine. They have publicly declared war on 10 countries: the UK, the US, Italy, Latvia, Lithuania, Romania, Estonia, Poland, Ukraine, and Germany.

You may wonder why other European powers like France are not included in Killnet’s sights. Since WWII, France has worked closely with Russia. Post-war, France tried to get out from under the U.S.’ stifling protection, and its relationship with Russia gave them a unique position in the political arena. After the 2007 Russian invasion and annexation of Crimea, Russian-European relations deteriorated, and France lost some diplomatic influence with Russia after condemning the act.

During the French presidential election this spring, President Macron kept an open line of communication with Putin. The election forced all candidates to openly state their position on the invasion, and President Macron maintained a pro-European sovereignty line, condemning the invasion and acting as a diplomatic go-between for Ukraine’s President Zelensky and Putin. For Putin and nationalist hacking groups, France is perceived as an almost neutral power, instead of an enemy.

Killnet originally began as a DDoS botnet service. In January 2022, a threat actor posted an advertisement for the Killnet botnet in Duplikat, a dark web forum for carding, botnets, and other illegal activities. According to the ad, the botnet allows users to direct traffic without the target’s knowledge. It also claims that the botnet uses the latest WEB3 technology and that the data is stored throughout Blockchain. The data is stored on “smart contacts” on the Ethereum network.

Killnet manages a collection of volunteers and affiliated groups, known as squads, which cooperate to carry out cyber attacks. GroupSense has confirmed the following squads: Mirai, Jacky, Zarya, Rayd, and Sakurajima. Of these groups, Mirai appears to be the most active and effective squad, having attacked several high-profile targets in Latvia including major banks, telecom providers, manufacturers, and the Latvian parliament. Killnet is also partnered with Legion Russia, another active hacktivist group. Killnet claims to have 280 cyber fighters from the United States.

Killnet’s recent attacks have targeted Latvian and Italian entities. On 12 May 2022, the main Killnet channel announced that the group would launch attacks on Latvia due to the removal of a Soviet monument. The listed entities include various service providers, industrial companies, and airports.

On 14 May 2022, Italian authorities announced that they thwarted attacks by Killnet and Legion Russia against Eurovision. The attacks, which targeted Eurovision’s network infrastructure, occurred during the Eurovision semi-final on 10 May and the final on 14 May 2022. Killnet and Legion Russia have denied responsibility for the attack. Shortly after this incident, on 16 May 2022, the Italian Police website crashed, and Killnet claimed responsibility.

On 18 May 2022, Killnet posted a poll on their Telegram channel, asking followers if they should take action against Italy. 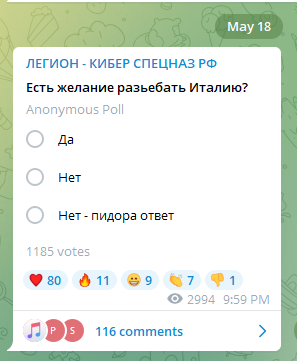 
These attacks may suggest an interest on the part of Killnet in disrupting shipping and passenger sailing infrastructure and services. 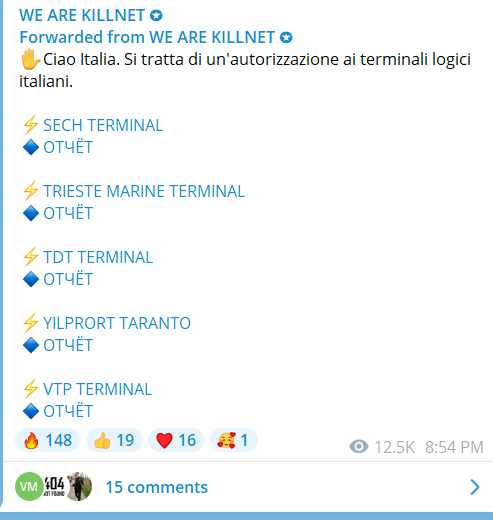 
Translation: Hello Italy. This is an authorization to Italian logistics terminals. 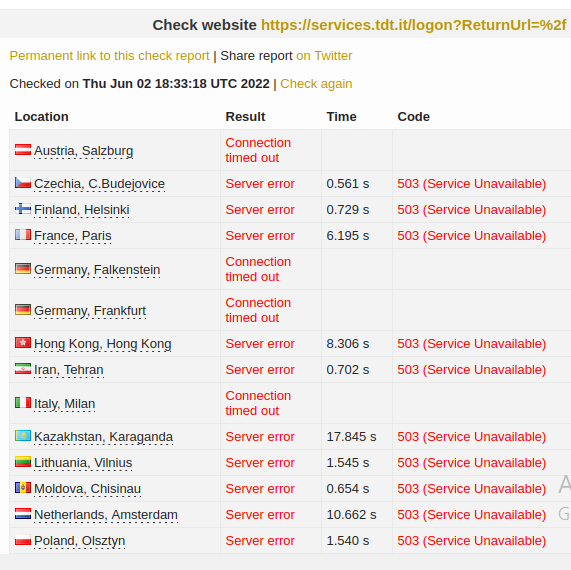 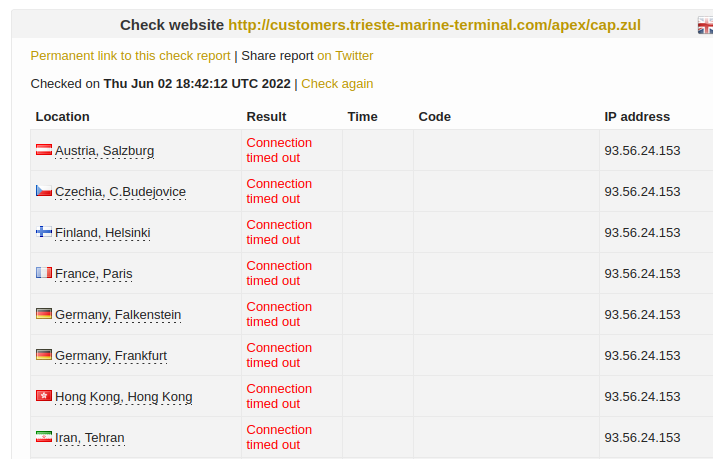 On 27 June 2022, Killnet claimed responsibility for a DDoS cyber attack on several private and state-affiliated entities in Lithuania. According to Killnet, the attack was in response to the Lithuanian blockade of EU-sanctioned goods to the Kaliningrad region of Russia. Killnet has claimed responsibility for attacks on state services including the Supreme Administrative Court, the Central State Archives, and the Electronic Declaration System. It has also claimed attacks on airports, telecommunications companies, and gas stations throughout Lithuania. On 28 June 2022, Killnet released a statement claiming the attacks will stop if the Lithuanian government lifts the Kiliningrad blockade. 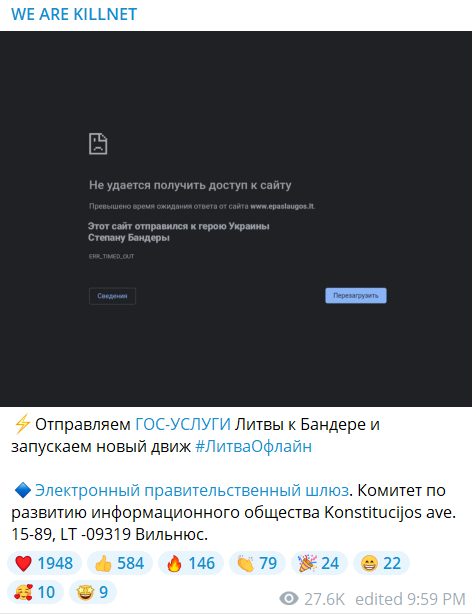 If your organization would like to protect against attacks like these, schedule a briefing to understand how GroupSense’s digital risk protection services can enable your organization to prevent and mitigate attacks.

The Role of Cryptocurrency in Ransomware Negotiations &  Cybercrimes